How to Keep Your Android Device Secure

Mobile devices – like smartphones, tablets,and the like – are expected to be used by 2.87 billion people by 2020. That’s a lot of devices, with a good portion of them contributing to business operations. Unfortunately, that’s also a lot of potential security issues if the right preparations aren’t taken in advance.

Here, we’ll review some of these preparations so that you can enforce them among your business users. Keep in mind that these steps won’t make you impenetrable, they’ll just make you much less of a likely target for the opportunistic hacker.

A lot of security issues that originate from mobile devices can be traced to the user simply allowing the wrong things onto their device. Connecting to public Wi-Fi and using apps that don’t come from the official Play Store are common mistakes that users make.

The problem here is that these activities leave your phone unprotected from abuse, when there are alternatives that don’t. For instance, instead of connecting to some public Wi-Fi signal, use a Virtual Private Network to do so instead. Rely exclusively on the Play Store to source your mobile applications, as outside sources simply can’t be trusted.

Even the Play Store has had some issues with malicious apps sneaking onto their platform, so how many do you think are waiting elsewhere that don’t uphold the standards that Google does?

As an added measure, don’t leave apps that you just don’t use on your phone, either. While most app developers are pretty good about updating their security, more apps ultimately mean more potential access points for an attack.

While an attack may not be apparently imminent, it never hurts to be prepared for one anyways. If you don’t need a Bluetooth connection at the moment, or an Internet connection, all that leaving them active is will do is leave an access point for an attack to sneak in by.

Leveraging anti-virus and Virtual Private Network services are also recommended (many free antivirus solutions on the Play Store work fine, just make sure you invest in a good VPN service).

Practicality is any business’ best friend, as it optimizes processes through basic simplicity. What’s the simplest way to secure your mobile device? The answer is simple: lock it.

You need to make sure that you have some form of authentication protecting your device. Neglecting this is not only impractical, it’s irresponsible. 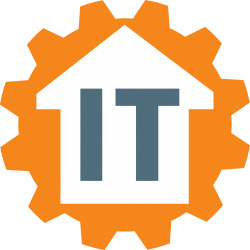